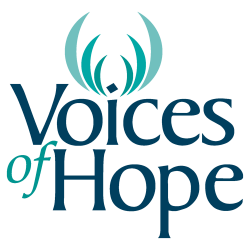 VOICES OF HOPE OF LINCOLN, INC

Voices of Hope's vision is that all victims and survivors of domestic violence and sexual assault, as well as their families and communities, receive responsive, empowering services and support that meet their needs, both individual and cultural, through advocacy and education aimed at eliminating recurrence, challenging oppressive social institutions, and reducing violence and oppression.

Our mission reflects this vision. Voices of Hope's mission is two-fold: 1) to provide confidential 24-hour-a-day crisis intervention services to victims of domestic violence, sexual assault, incest, stalking and related forms of abuse; and, 2) to provide presentations for the purposes of citizen awareness and prevention and offer training opportunities for professionals who work with individuals who have experienced the trauma of relationship violence or sexual abuse.

We have been a vital part of our community for over 40 years. Voices of Hope began in 1975 when the Lincoln Coalition against Rape, a campus/community group organized and began to provide a crisis line and support services for victims of sexual assault. Before long the group also began providing services for victims of domestic violence. In 1976 the organization became part of Family Services Association and became known as the Rape/Spouse Abuse Crisis Center.  In 1989 it incorporated as an independent non-profit 501©(3) corporation in order to more exclusively focus on the issues of domestic violence, sexual assault and related forms of abuse such as incest, stalking and harassment. In 1992, the present facility at 2545 N Street was purchased.  In 2007, the Rape/Spouse Abuse Crisis Center officially changed its name to Voices of Hope.

Over the years, we have continued to grow with the help of our donors and volunteers that make our mission possible and our vision reachable.

Email me jobs from VOICES OF HOPE OF LINCOLN, INC